Blue Alaska: “There’s something in the air.”

In the wake of Rep. Peltola’s historic win and her swearing-in ceremony, a quiet hush has fallen across social media. After the excitement of the primary season, people are tired – some might say exhausted – the result of the emotional rollercoaster we’ve been on – and that’s okay. It’s always good to rest, reenergize and put some spicy salmon in our bellies because before you know it Election Day will be here, and we’ll need all hands on deck to win!

And we need to win because Republicans aren’t attempting to hide their extremism anymore – they’re championing it – and that means we’re all on the front lines now. 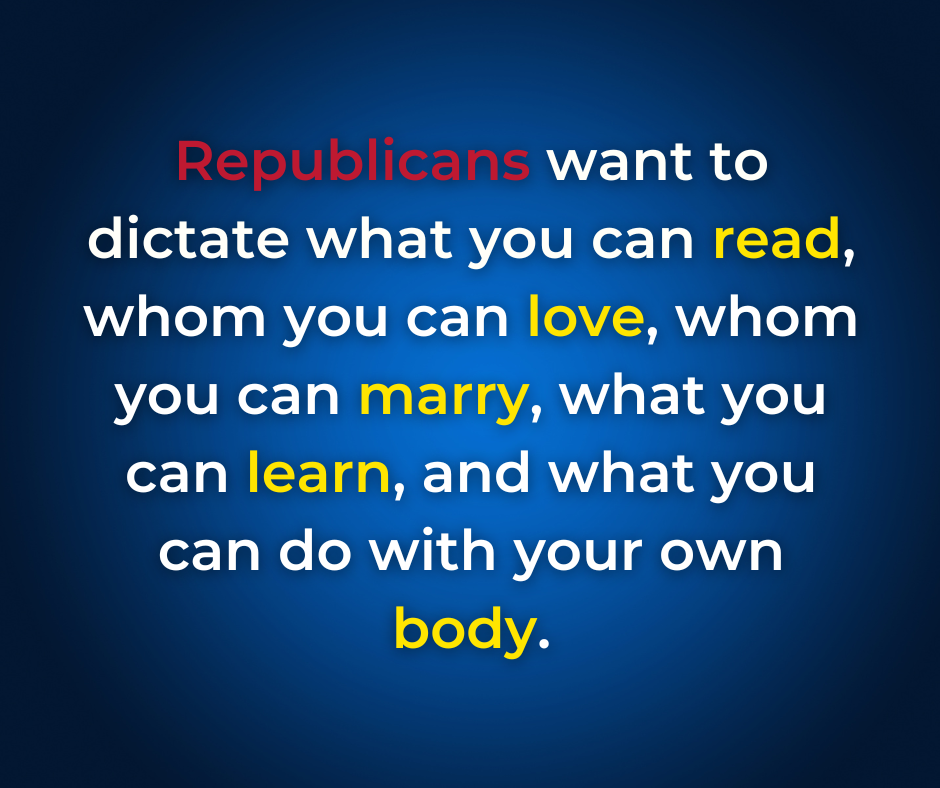 Anywhere the GOP propagates falsehoods, engages in racism, warms up to a tyrant, passes another tax break for the wealthy, or attempts to restrict our right to vote – we must be there with our vote to send a message and protect our rights.

That something in the air? It’s excitement! Alaska Democrats are united like never before because we know what’s at stake in November.

Are you geared up and ready to send Republicans packing? Check your voter registration status here, and please have conversations with those in your circle about the importance of voting! They can register online at this link!

Rep. Peltola’s bill, HR 8888, passed the House 376-49! The bill would establish an Office of Food Security in the Department of Veterans Affairs. Alaska Public Media noted that while the bill had strong GOP support, many far-right Freedom Caucus members voted against ensuring that veterans who are disabled, unemployed, and who served in the years since 9/11 have food security!

Alaska’s Congresswoman said that although she knew her bill wouldn’t solve the problem entirely, it could help in Alaska and throughout the country. This is what we call working towards solutions and doing the right thing. We applaud these efforts!!

Just for fun: Talented Anchorage cartoonist and fellow Democrat Holly Todd, whose work became pretty well known when COVID-19, masks, vaccines, and conspiracy theories were all Republicans could talk about, had a great take on Rep. Peltola’s August win. Let’s ensure that she wins again in November! 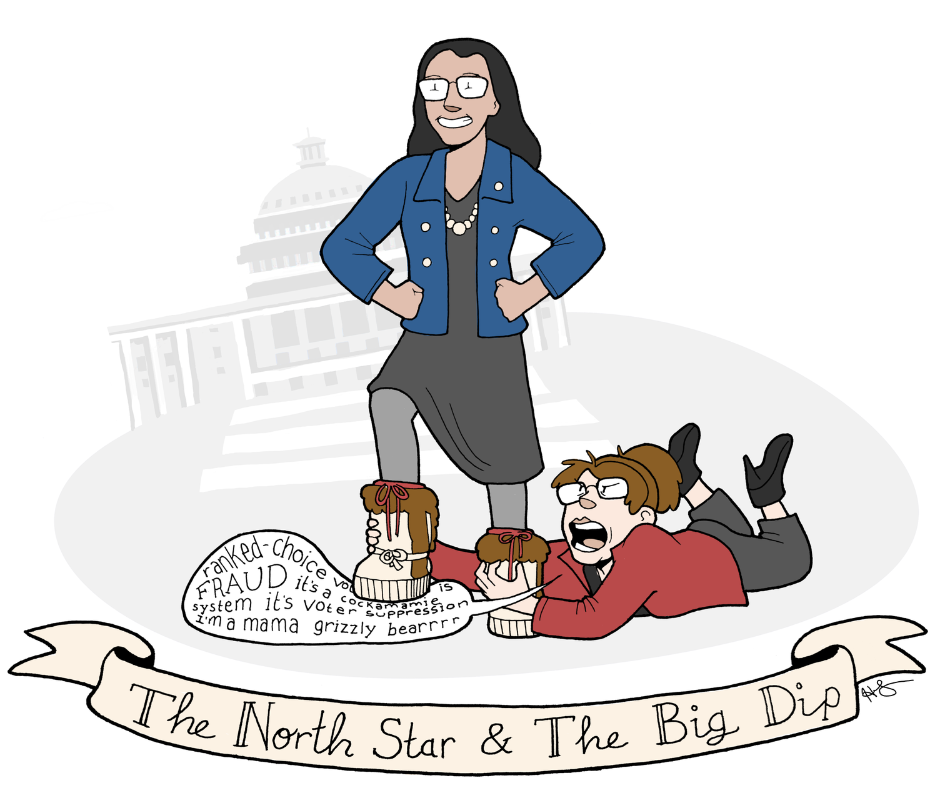 U.S. Senate candidate Pat Chesbro knows that Republicans won’t be satisfied until they pass a nationwide abortion ban, and she knows all too well the impact of the climate crisis on Alaska. We’re thankful Pat stepped up to run because now Democrats have a candidate whose values align with their own. 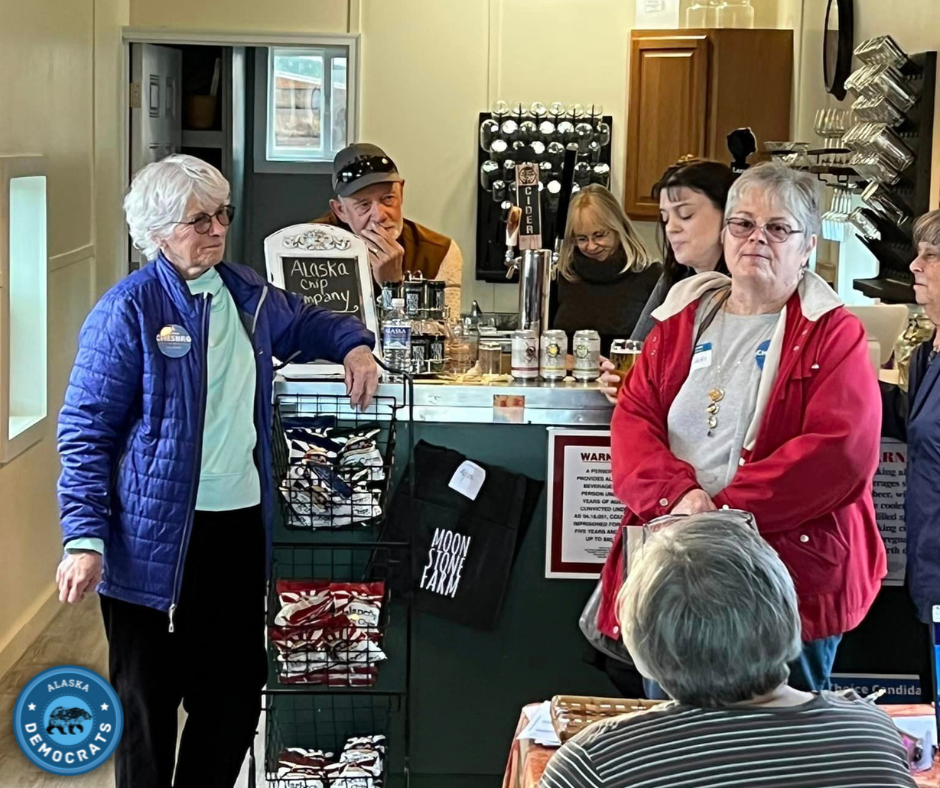 By the way, Americans for Democratic Action gave Lisa Murkowski a 2018 rating of 20% liberal. According to FiveThirtyEight, which tracks Congressional votes, Murkowski voted with President Trump’s position approximately 73% of the time as of January 2021. 👀

Here’s Pat’s issues page. You can take to the bank that she’s not going to vote with an (alleged) nuclear document thief 73% of the time or vote to confirm pro-forced birth Supreme Court nominees. Rank Pat first in November!

Join Pat and more than 20 amazing co-hosts for a statewide virtual fundraiser on Wednesday, October 5! Register for the event here! ⬅️ 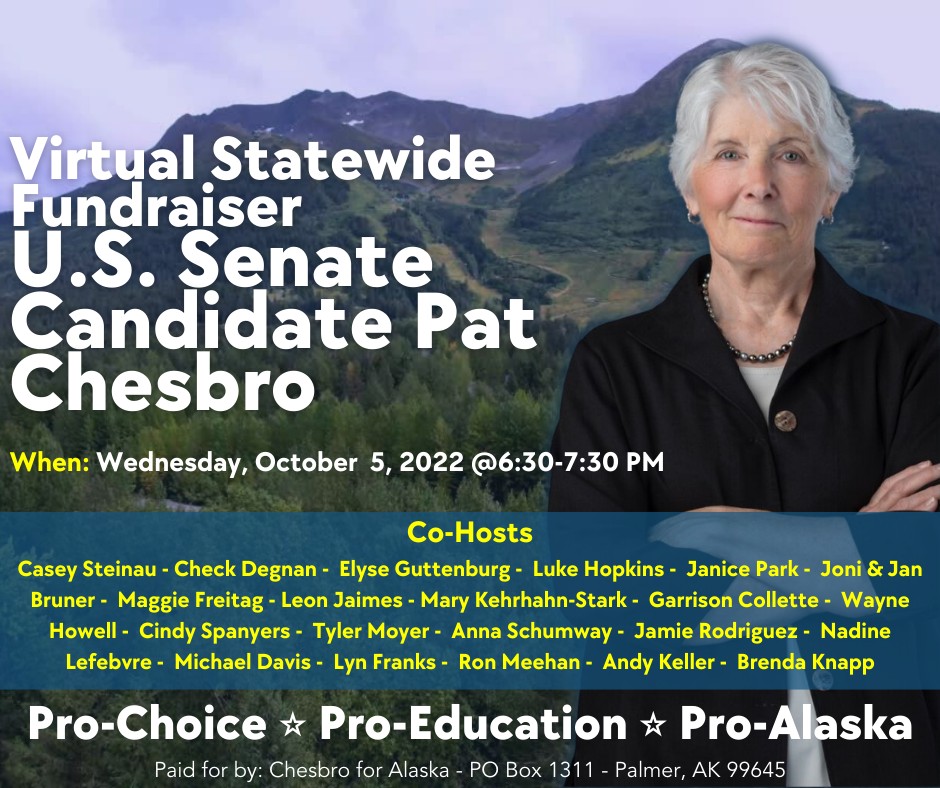 Speaking of abortion, I had to rummage around the archives for this interesting email exchange between a voter and Republican Tom McKay. 🤔 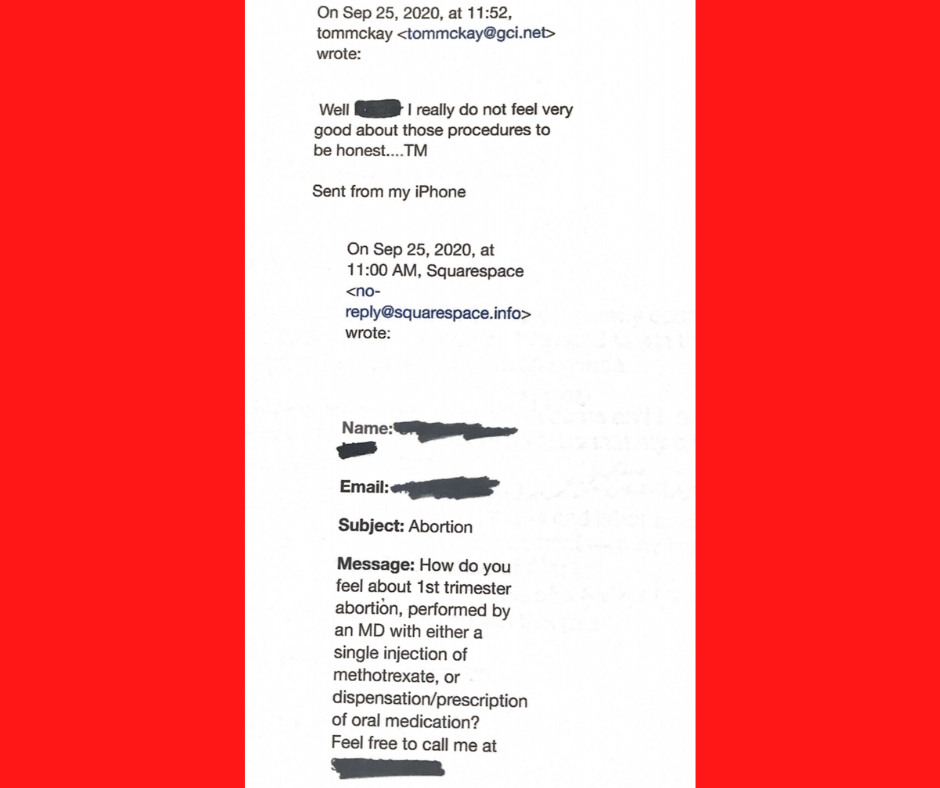 The last we checked, 59% of Alaskans polled disapproved of the Supreme Court’s decision to overturn Roe v. Wade. An incredible 80% of those same individuals said that Congress should NOT pass a nationwide abortion ban. 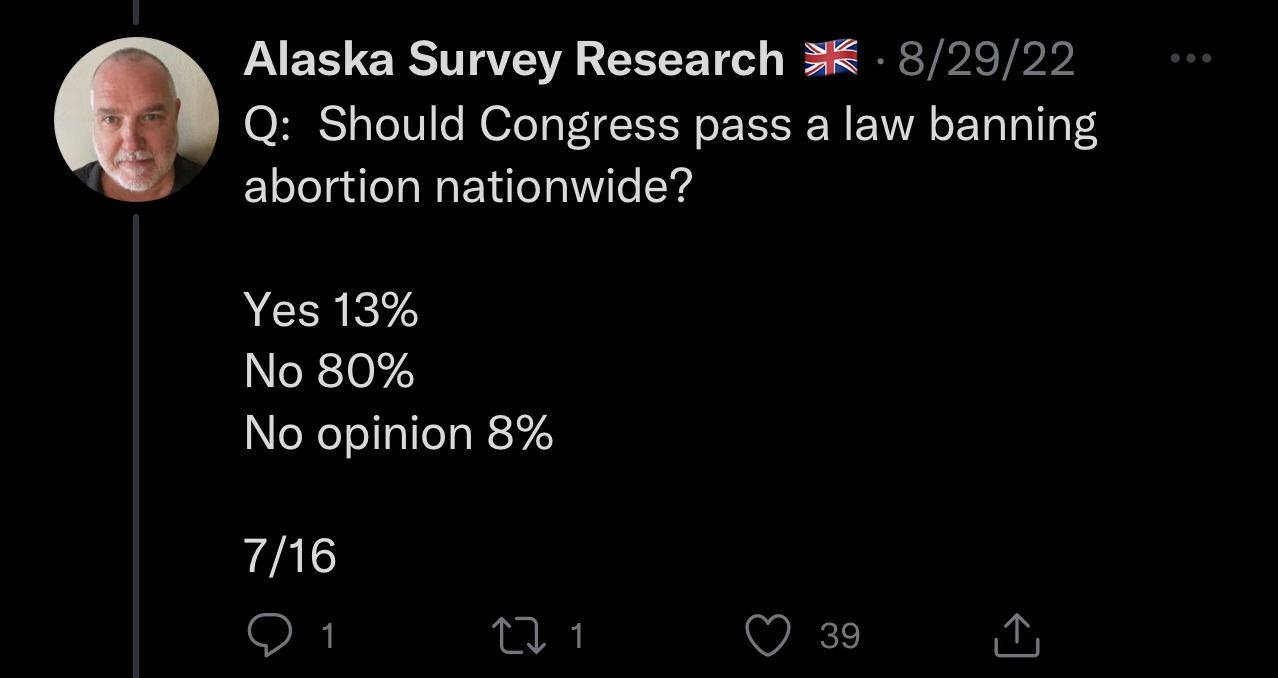 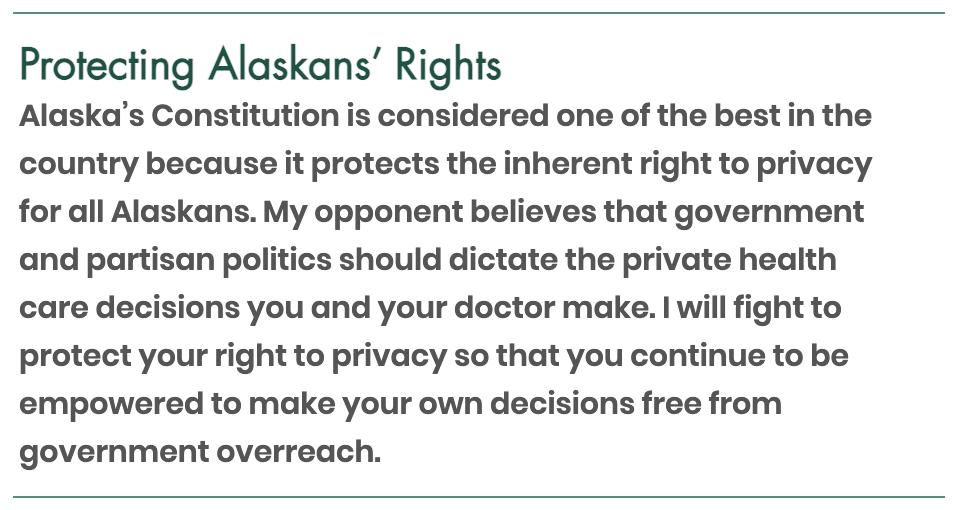 We know it can be difficult to ascertain where candidates stand on the issues, especially since soooooooo many Republicans refuse to answer questionnaires that inform the public… 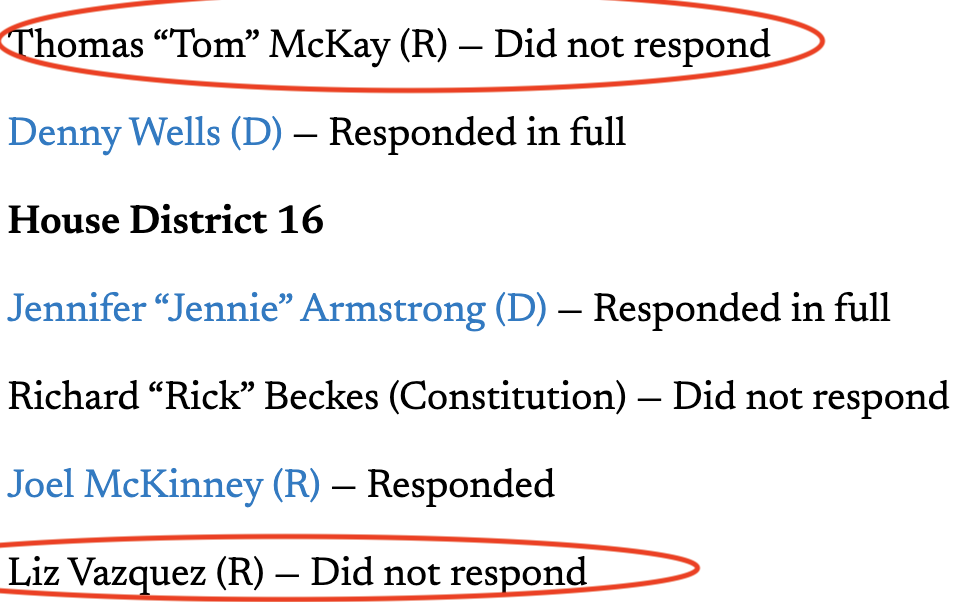 But that’s why we do this mostly weekly email – to keep you informed! Let’s send Denny to Juneau!

Did you know the Gara-Cook ticket came in second in the primary election? True. Gara-Cook isn’t just the pro-choice ticket in the race for Governor and Lt. Governor; they’re also the ticket that cares about the planet. When elected, Les and Jessica will continue to advocate for legislation that recognizes the ongoing climate crisis and take action to reduce its effects.

While Republicans still question whether the planet is on 🔥, Democrats like Les & Jessica know that investing in renewable energy projects will create more jobs, reduce energy costs and give the next generation the world they deserve!

Governor Dunleavy? Still hiding from those scary debates. 🙄 Guessing he doesn’t want to answer questions about how he’s driven Alaskans out of the state or about his maltreatment of the Alaska Marine Highway System. 🤷‍♀️

Noteworthy: NEA-Alaska has sole endorsed Ashley Carrick for the House District 35 race! Ashley is the strongest pro-education candidate running in this district, and if you don’t believe us, click here to learn how she plans to preserve educational funding. Congratulations! 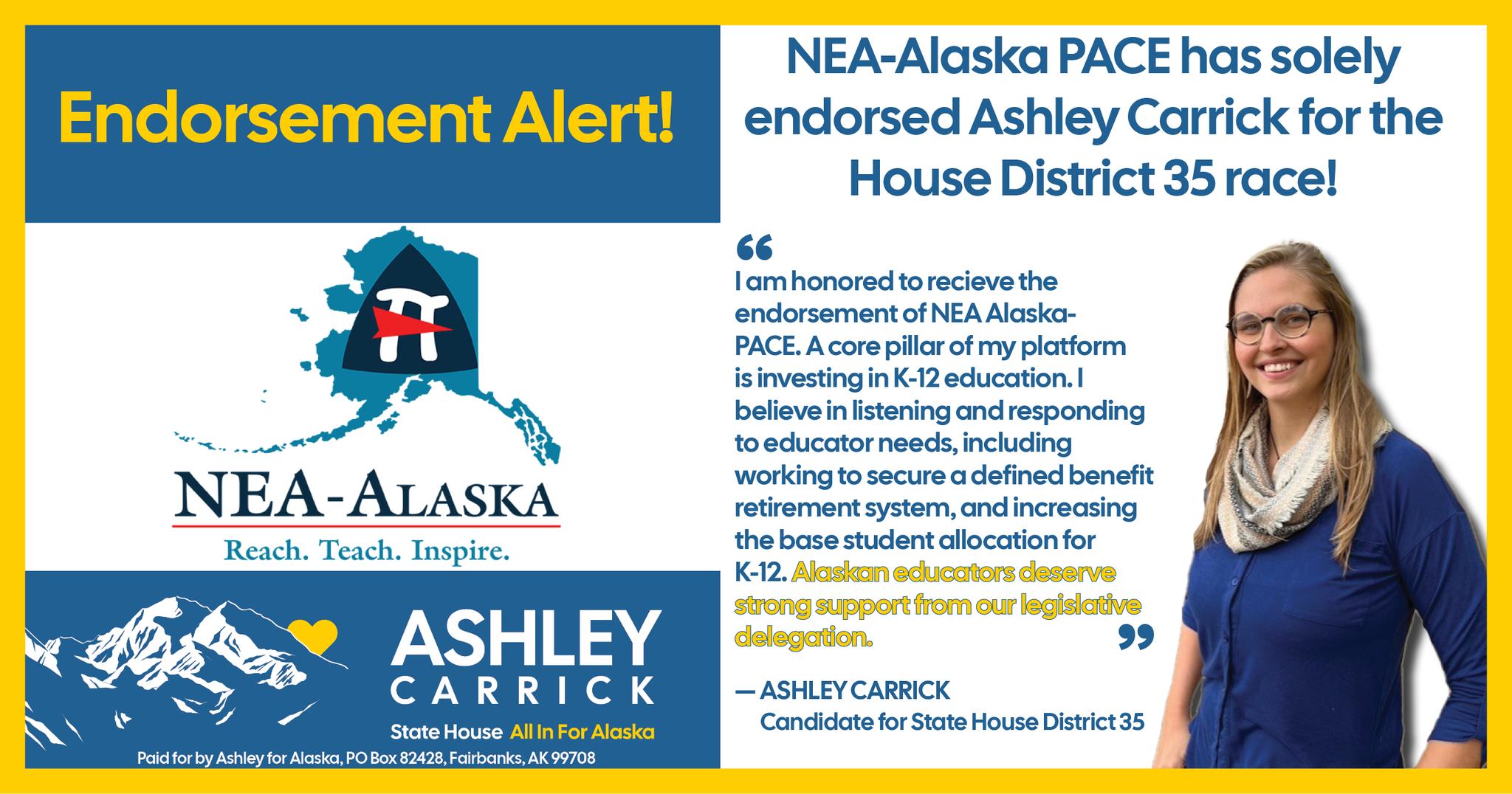 Donna Mears, Genevieve Mina, Ted Eischeid, Rep. Calvin Schrage, and many other Democratic candidates jumped at the opportunity to volunteer at the Alaska Food Bank! In any given week, 6,300 households turn to the food bank’s network of food pantries, soup kitchens, senior centers, and other programs for food assistance.

Democrats know that nobody should have to choose between buying food or other necessities. 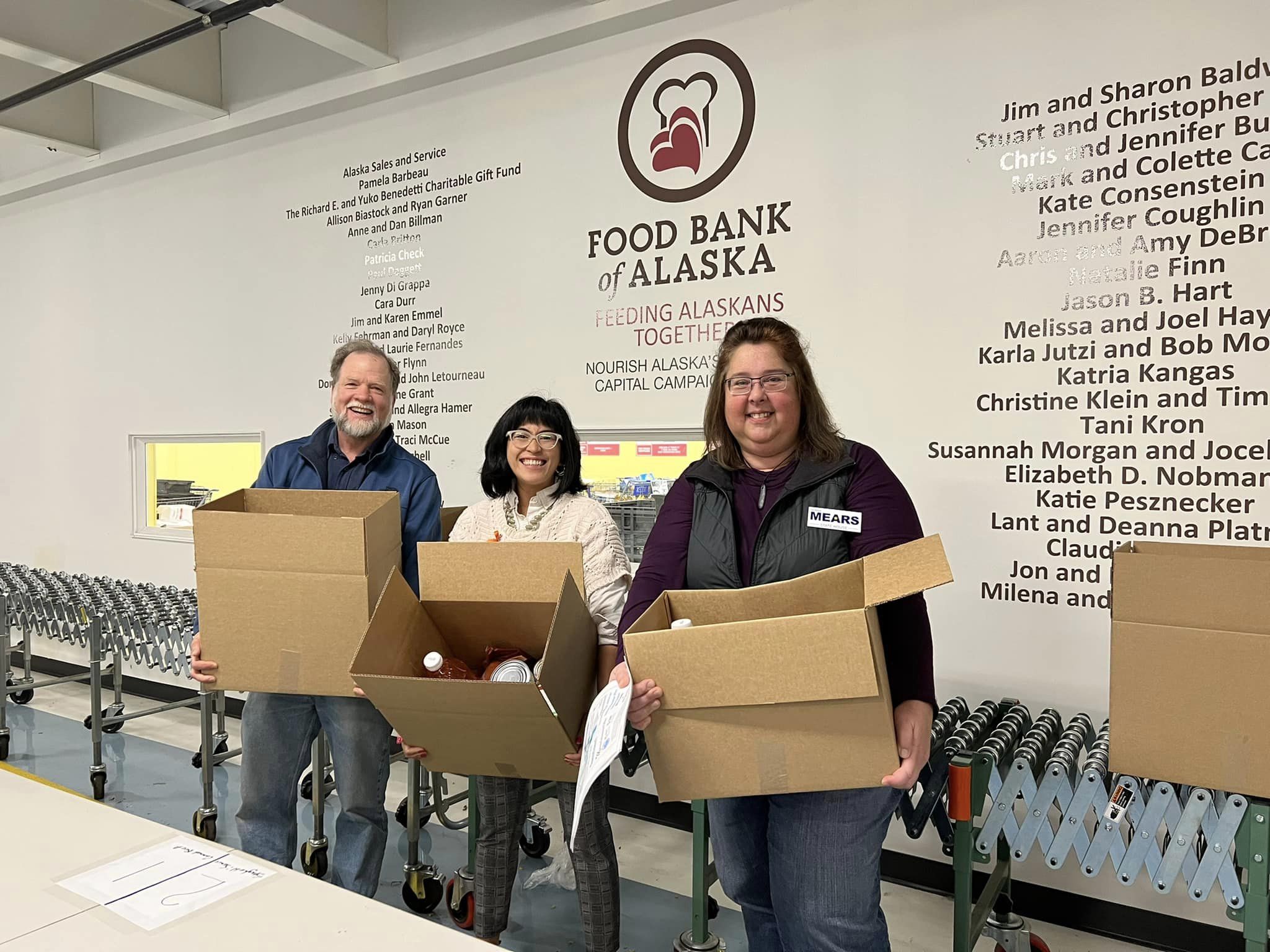 You have to love the theme of this campaign event! Be excellent to one another, and come out on October 8 to support these two great candidates! ::air guitar:: 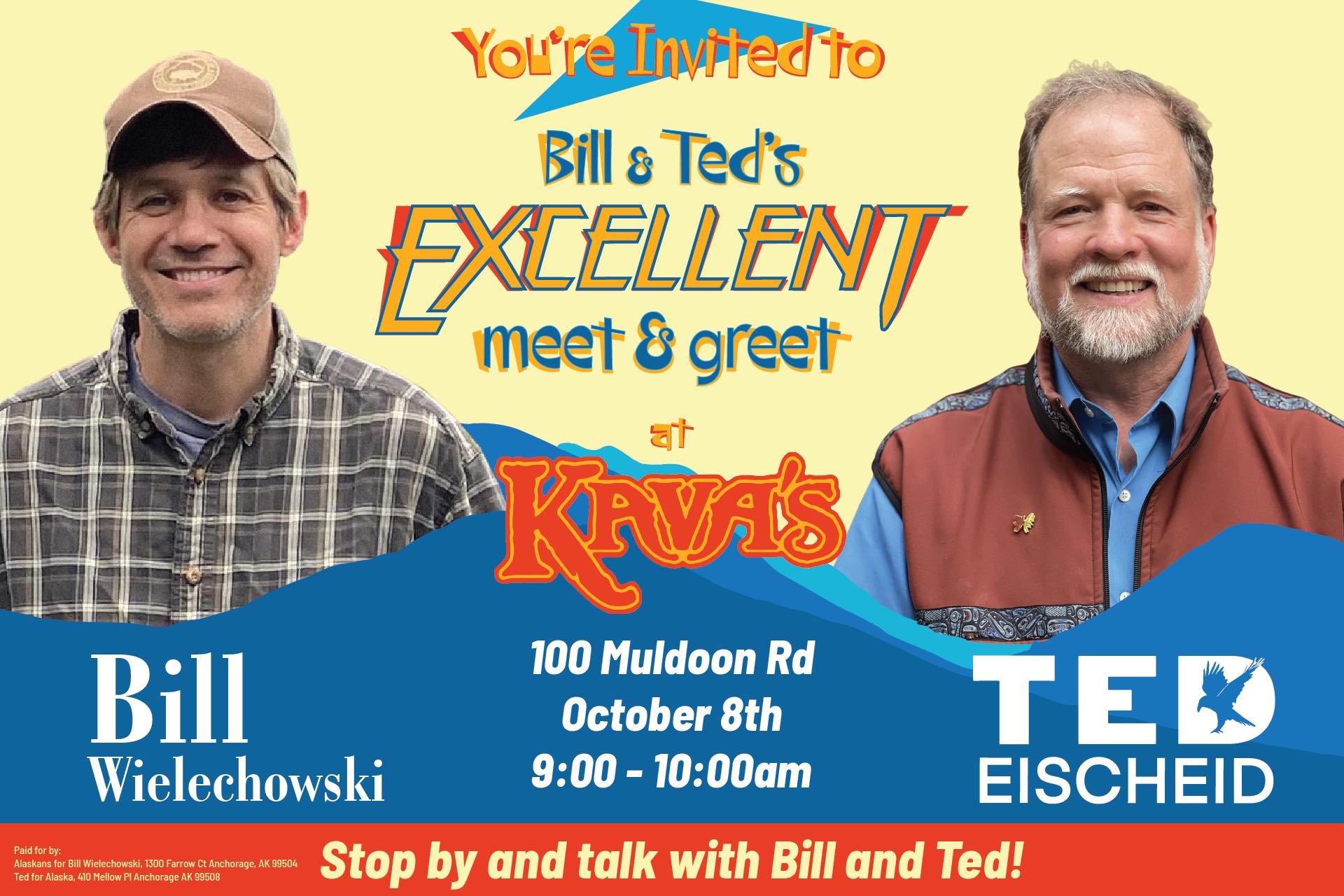 Candidates Denny Wells and David Schaff had a meet & greet on Saturday at IBEW Local 1547, and Jane Angvik came out to show her support! Remember, when you donate to candidates, you invest in Alaska’s future! 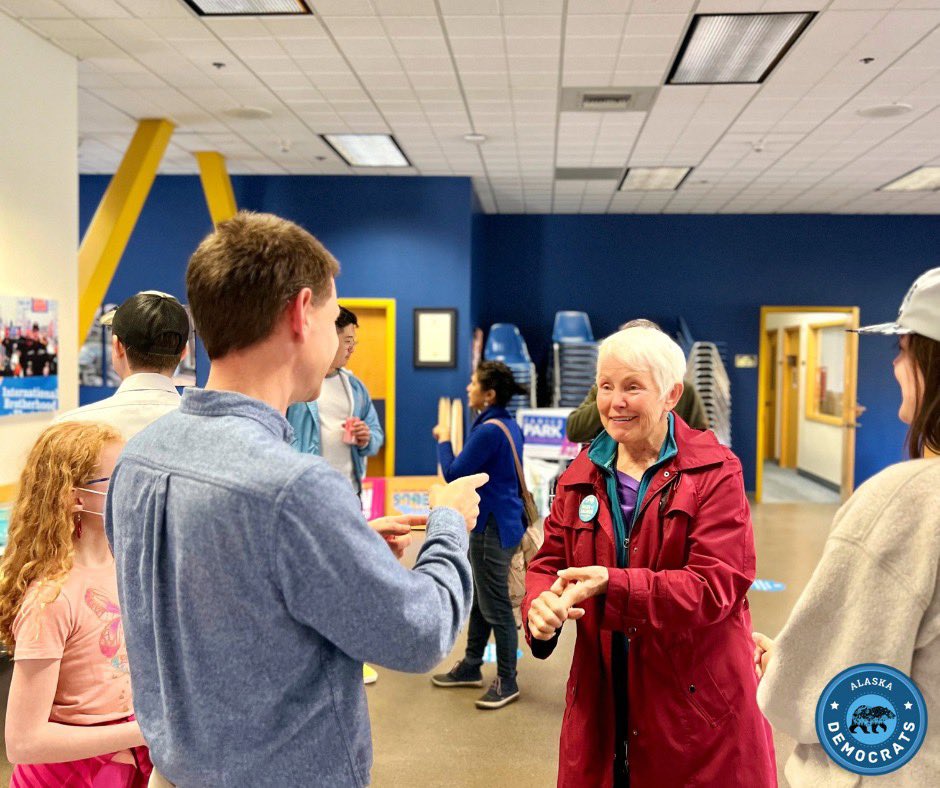 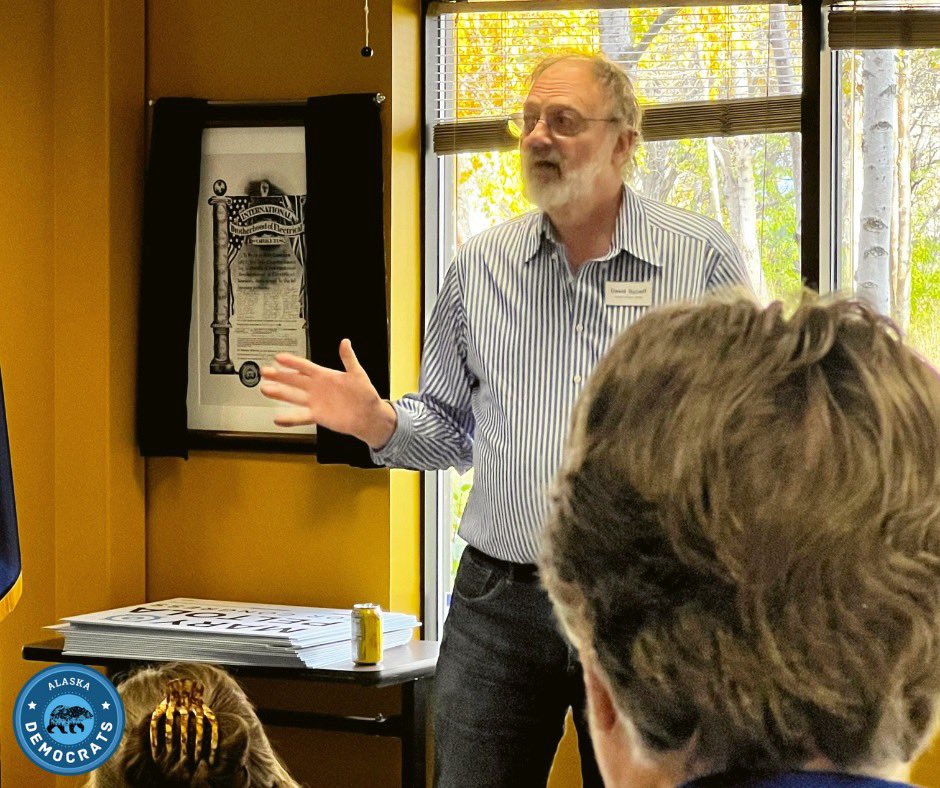 Janice Park has been speaking a lot of truth on her campaign Facebook page, calling out her extreme Republican opponent James Kaufman for voting against child care for Alaska families. Janice and her family know firsthand the struggle of obtaining affordable childcare. Janice is a great candidate committed to bringing this much-needed relief to Alaskan families. 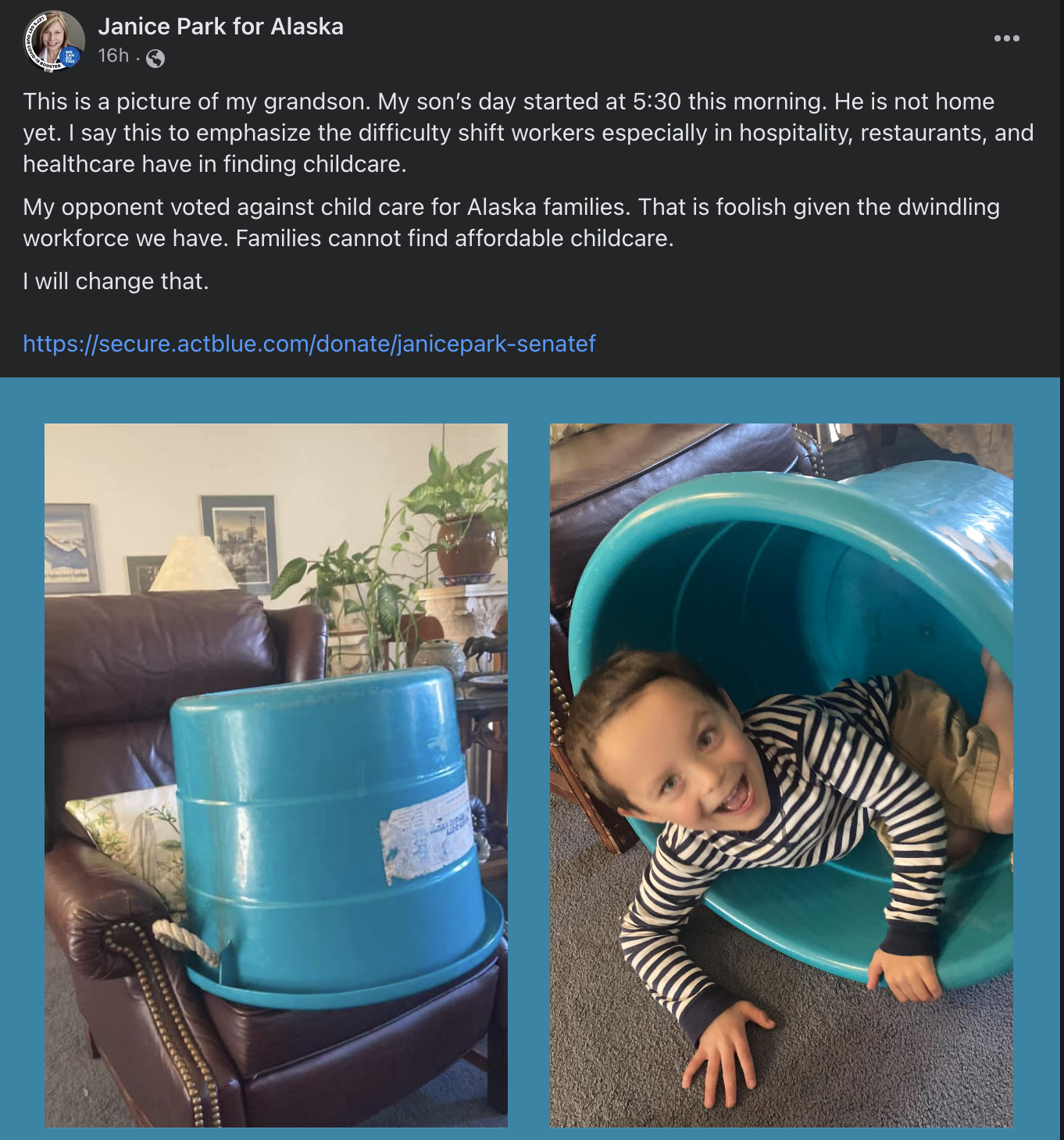 Remember when the right-wing Alaska Family Council endorsed James Kaufman and his so-called “values?” Or that time he said (pre-vaccine) that COVID-19 was determined to be “much less potent?”

Somber fact check: Over 1 million Americans have succumbed to the virus. It’s estimated that around 16 million working-age Americans likely have long Covid today, and of those, 2-4 million are out of work due to long COVID.

But sure, “less potent.”

Kaufman is the worst kind of politician – one who smiles and acts reasonably in your face while undercutting your hopes and dreams of a better future.

House District 18 candidates Lyn Franks and Cliff Groh attended an Anchorage Chamber of Commerce event where they spoke about the most critical issues facing our state. These are two great candidates passionate about moving Alaska forward and helping their fellow Alaskans. Rank them both in November! 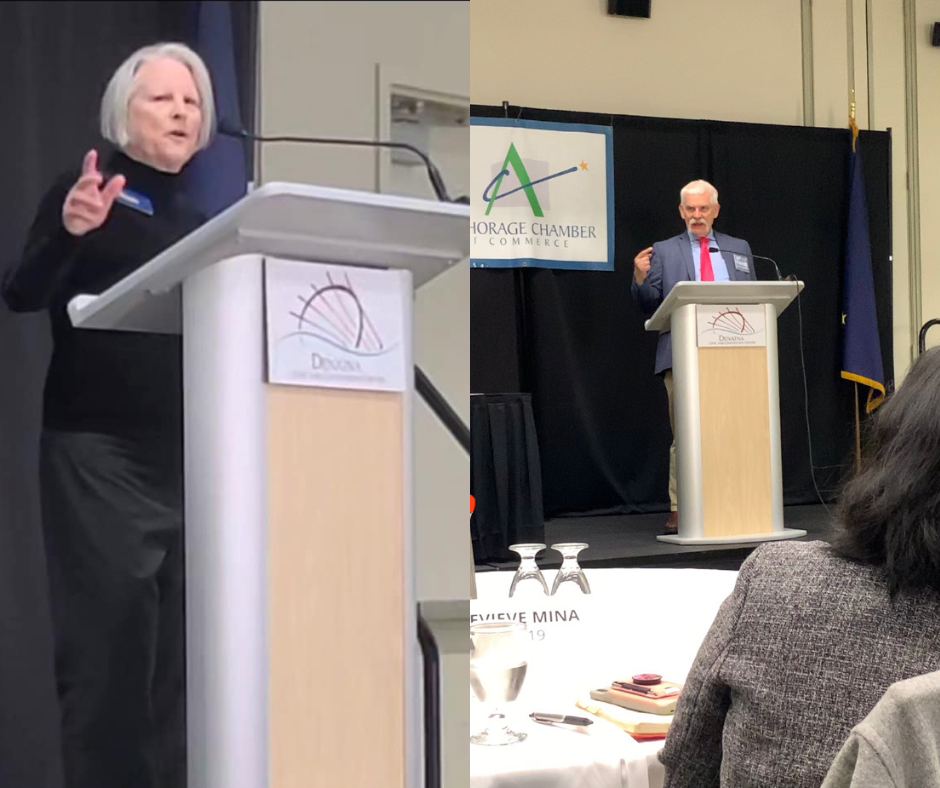 Save the date! The DNC Native Caucus is hosting an online celebration on October 10 to honor our nation’s Indigenous peoples’ diverse cultures and unified resilience. Click here to register for this free event! We also encourage you to follow the official DNC Native Caucus Twitter account!

That’s it for now! Remember, to help us do what we do at a time when it’s evident that it needs to be done, click HERE to support ADP once, or become a monthly donor!