On Jan 6, 2021, wounded narcissist Donald Trump gave a speech that emboldened his supporters to wage a violent and deadly assault on the U.S. Capitol. 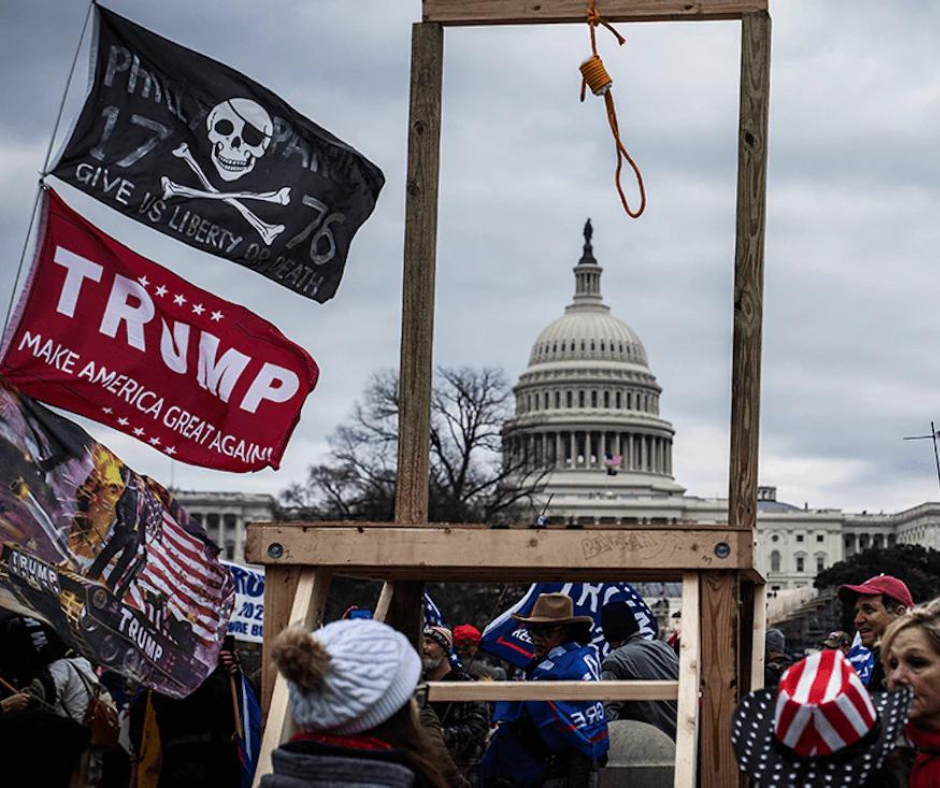 As it turns out, Sen. Bill Wielechowski’s opponent, John Cunningham, is a Trump supporter who, like Rep. David Eastman, traveled to Washington, D.C., to attend Trump’s deranged Jan 6 rally. How do we know this? Because Cunningham was interviewed on the “Forgotten Freedoms Podcast” earlier this year and said the quiet parts very much out loud.

In Cunningham’s own words from the wild interview recounting his trip to the U.S. Capitol:

“We were in the crowd listening to Trump speak when I started hearing the rumors circulating, most of our phones weren’t working, by the way, we had radios between some of us there, that we uh, had just met and a lot of that stuff wasn’t working, jammed, I don’t know, crappy user, probably user error I couldn’t tell you, but there was already a rumor that some sixteen-year-old girl had broken into the building and been shot…”

We aren’t going to link to the entire interview that provides an insightful account of Cunningham’s visit where he walked towards the Capitol building, was close enough to hear a flashbang go off, see a tear gas canister go over his head, and used TWO WAY RADIOS – but here’s a clip for your listening pleasure.

There are additional noteworthy (grotesque) takeaways from Cunningham’s interview:

Cunningham supports a constitutional convention, doesn’t believe Juneteenth should be a state holiday and wants to BAN ABORTION except for the rarest circumstances.

And, look, here he is participating in a kooky Alaska Education Forum with other far-right figures like insurrection minimizer Kathy Henslee. Also in attendance were James Kaufman, Jay McDonald, and Julie Coulombe. 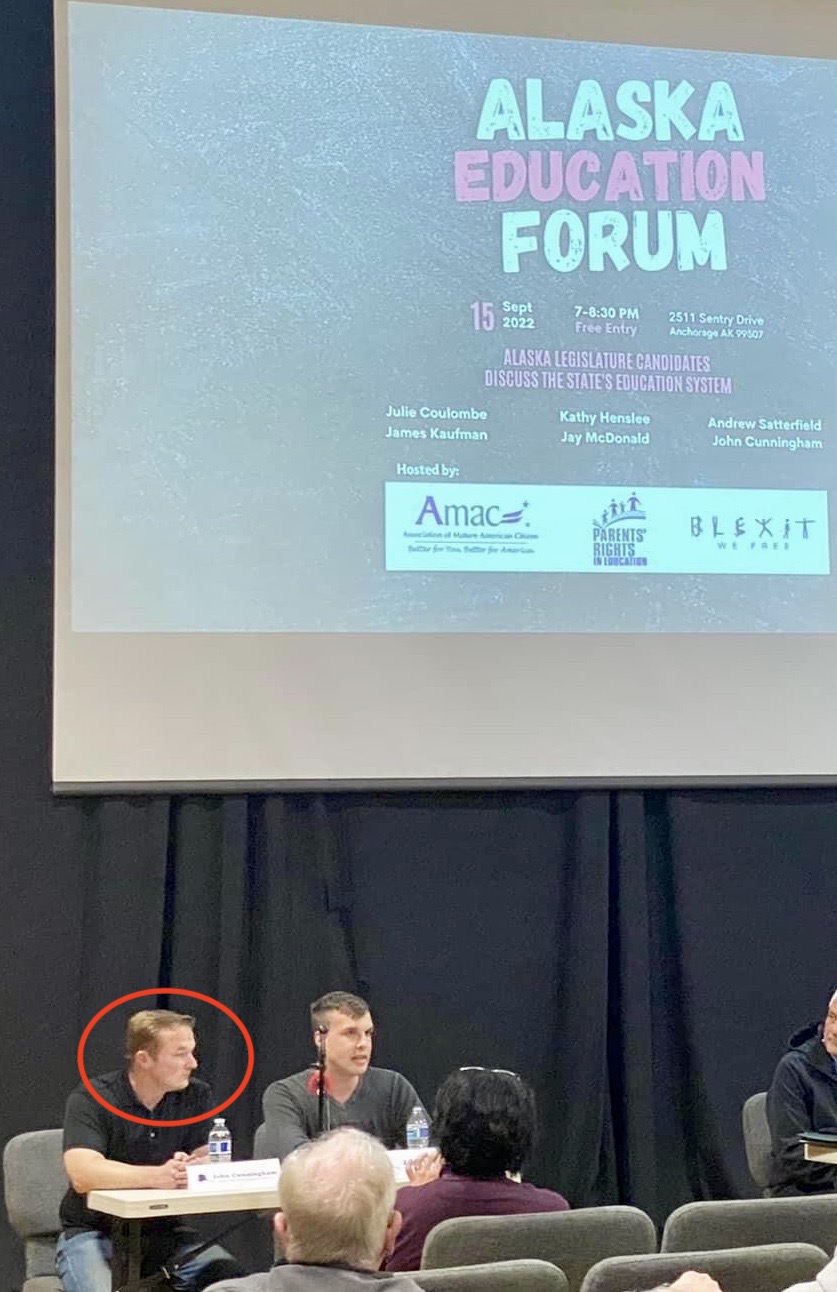 Add this guy’s name to the long list of Alaska Republicans who are out of touch and TOO EXTREME to hold elected office.

By the way, Sen. Wielechowski didn’t travel to D.C. on Jan 6. In his off time, he heads out to fish for rainbows while, like something out of a fantasy movie, they appear in the skies behind him. 😗 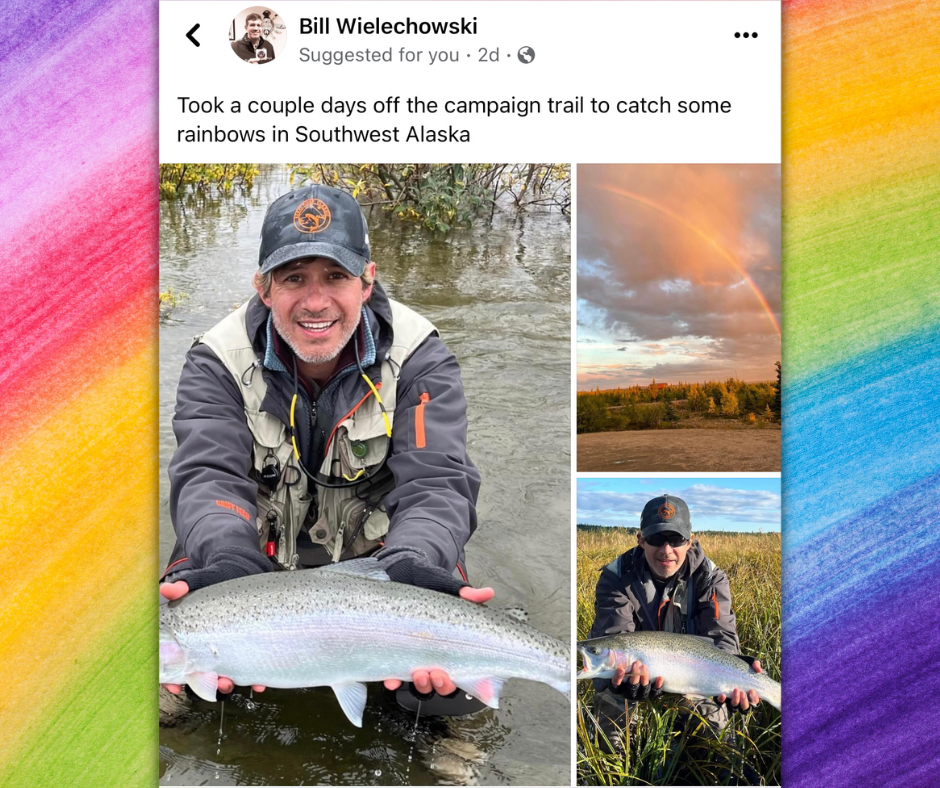 Gov. Dunleavy finally got around to “verbally” issuing a disaster declaration a day after Typhoon Merbok storm hit western Alaska, leaving many communities under feet of water and devastated.

Dunleavy’s quiet and inaction ahead of the storm meteorologists deemed “historic” days before it made landfall reminded me of when Tuluksak residents found themselves without water after a fire destroyed the washateria. It took weeks of politicians, activists, and community leaders pressuring him before Dunleavy relented and, most begrudgingly, stepped in to “help.” 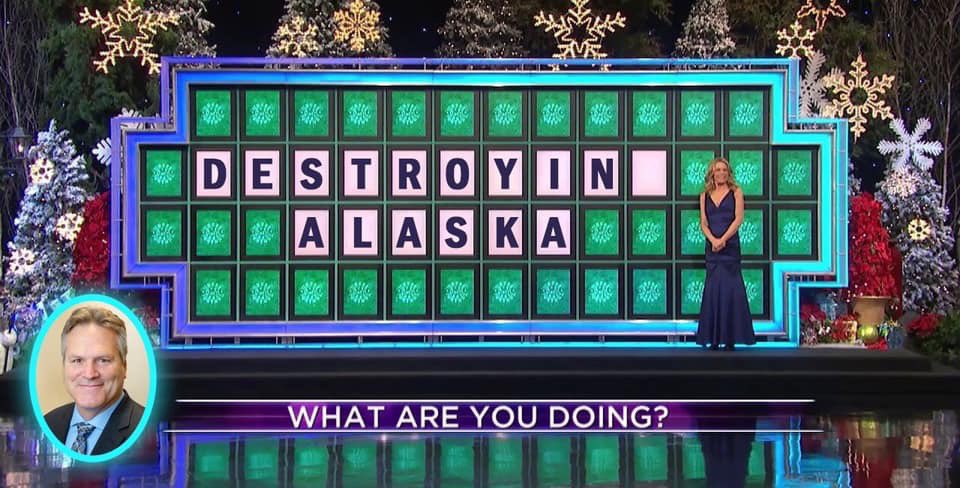 As he did with COVID-19, Dunleavy attempted to move on from the devastation wrought by last week’s storm and is actively campaigning on a platform of not having enacted a mask mandate when sick COVID-19 patients were deluging hospitals during a time of “crisis for the nation.”

He seems to have forgotten about joining a lawsuit to overturn the 2020 presidential election and giving weight to Donald Trump’s election fraud lies. After all, why would you promote unity when you can spread Republican disinformation? 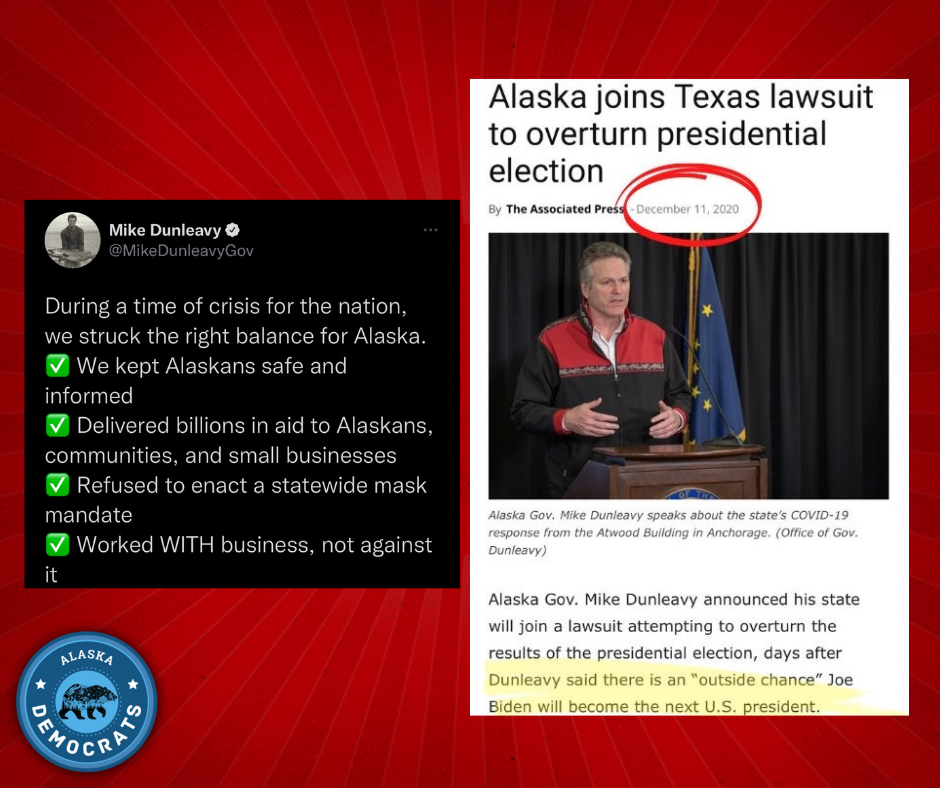 If you’re looking to vote for someone other than MAGA Mike, ADP endorsed the Gara-Cook ticket! Read our press release here and then support these privacy rights advocates and rank them first in the General Election! 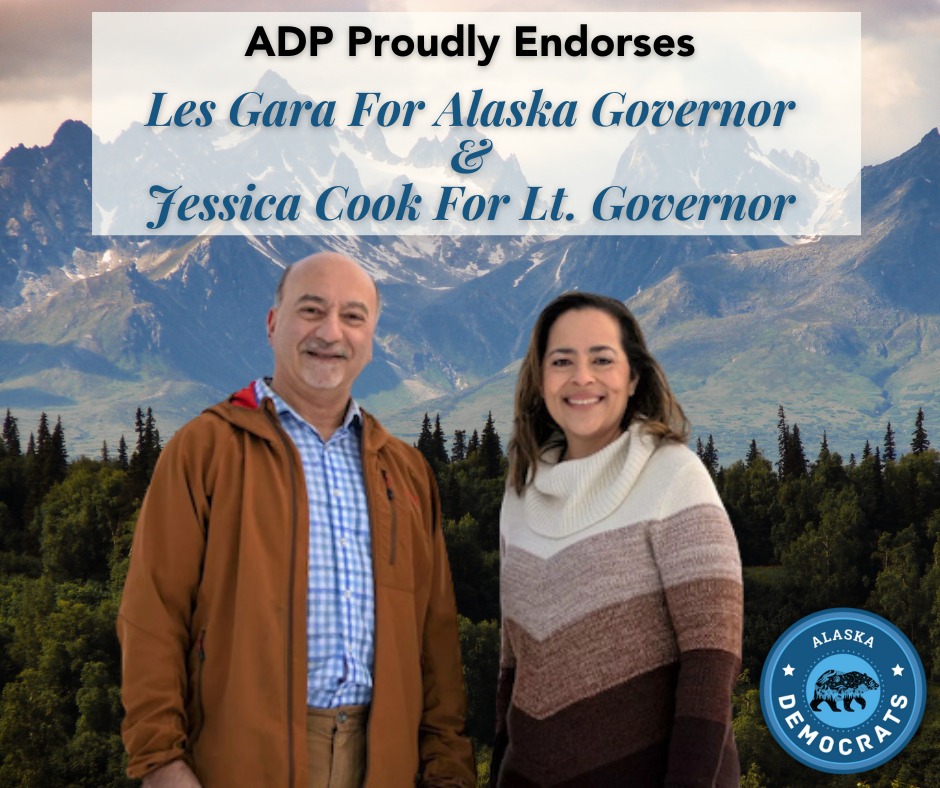 Some great news came our way last week! We learned that House District 32 candidate Maxine Dibert was recognized by the DLCC as one of their Trusted Teachers and Education Champions! This is a BIG DEAL! We want to congratulate Maxine on this recognition and acknowledge the two decades she has spent providing the children of Fairbanks with a quality education. 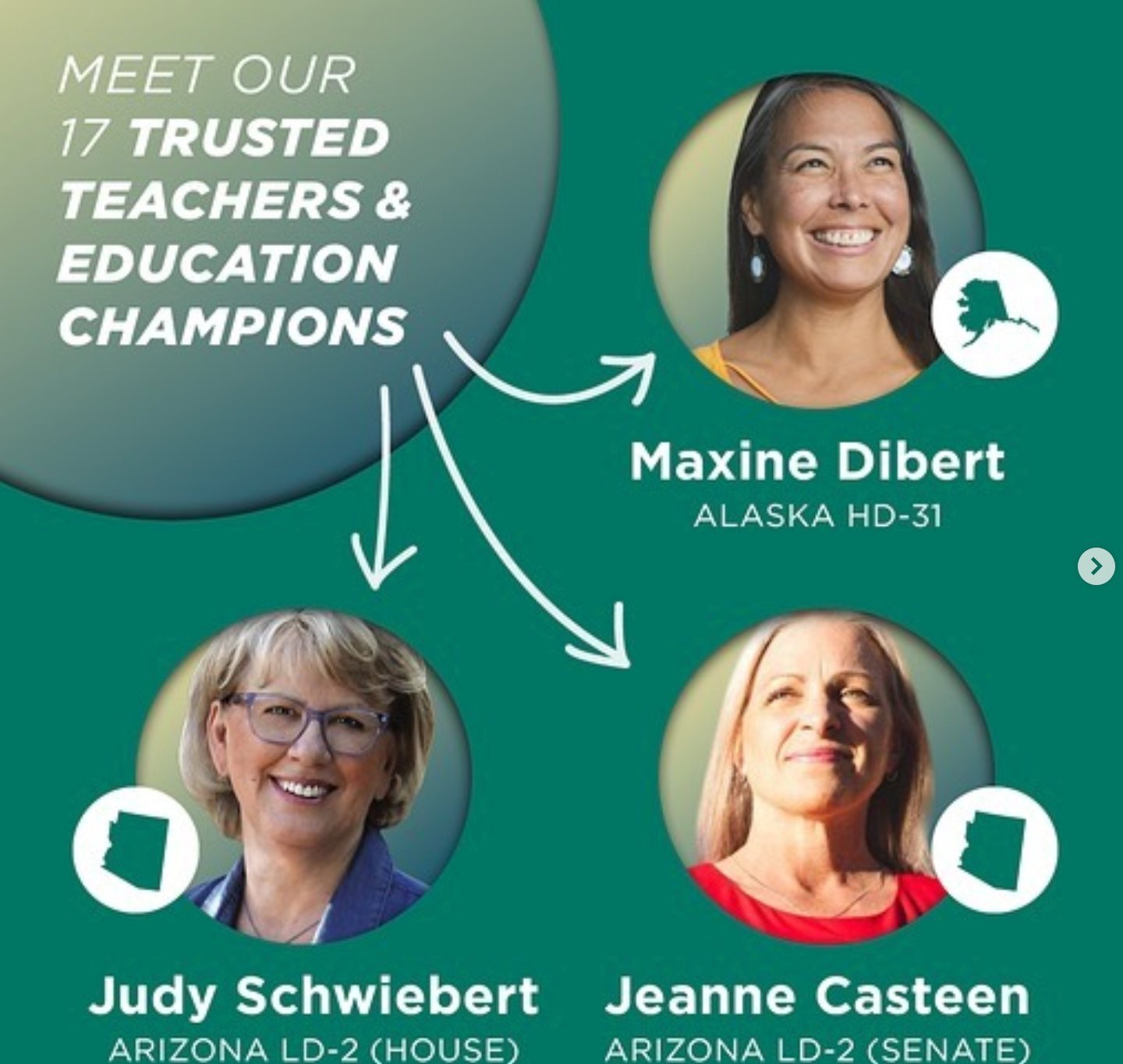 I don’t know what’s going on with Sen. Shower’s Facebook account, but I wanted to flag this for potential future grousing about big tech. 🙄 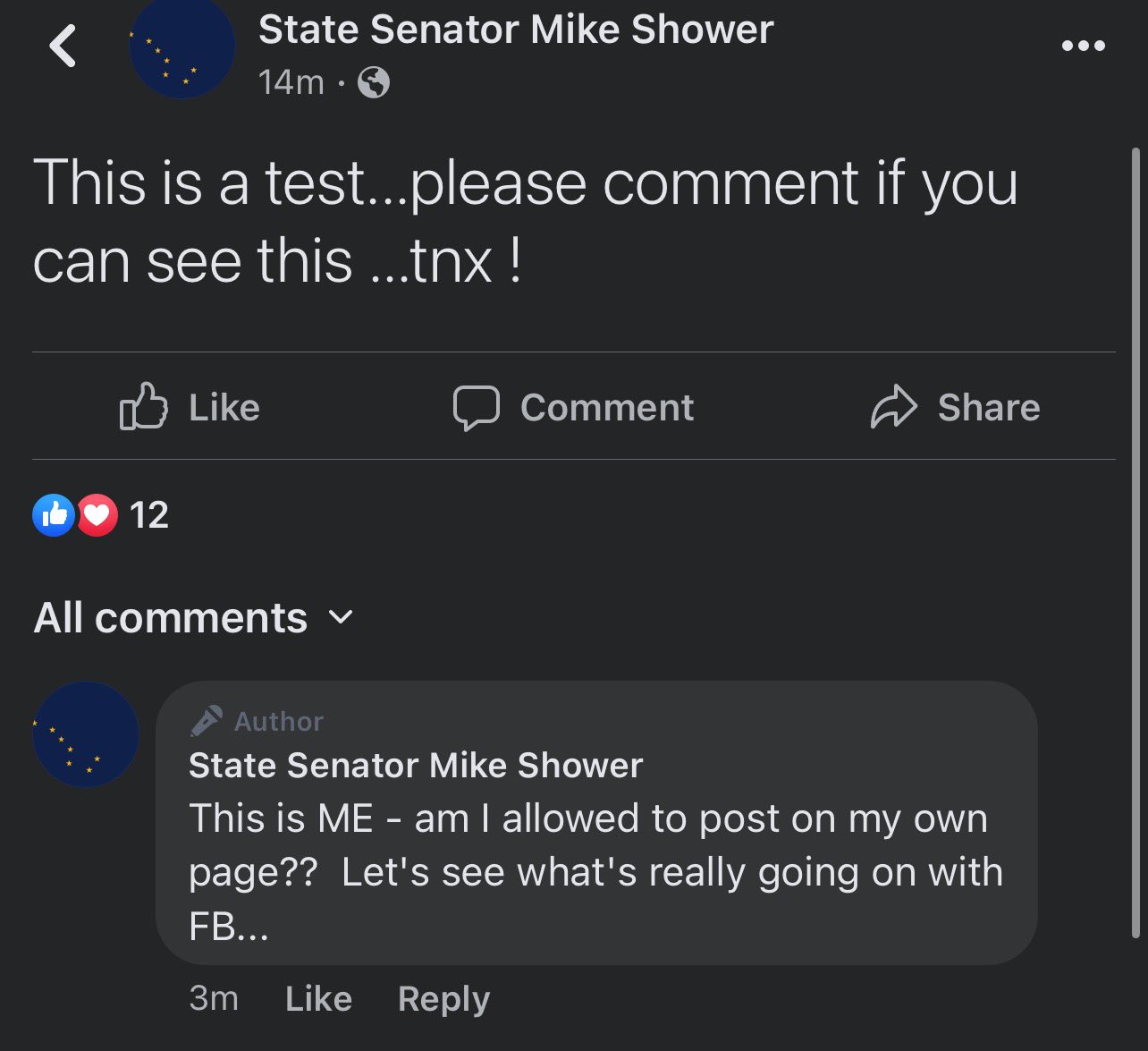 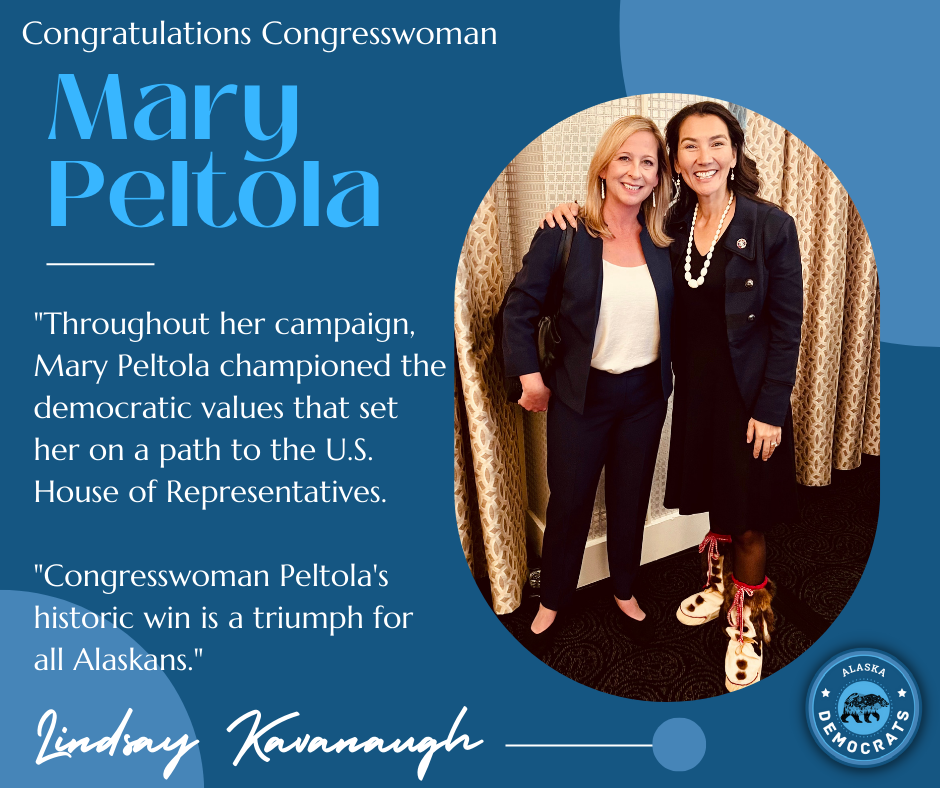 Rarely a day passes that I don’t see Maxine Dibert sharing photos of her pounding the pavement and going door to door, talking to Alaskans and working hard to unseat pro-forced birth advocate Rep. Bart LeBon.

Multiple opportunities are coming up to help Maxine. Volunteer and help flip this seat in November!

BTW, if you haven’t been to one of her fundraisers, they are among the most delicious in all the land…I mean, come on, that’s a heck of a spread. ⬇️ 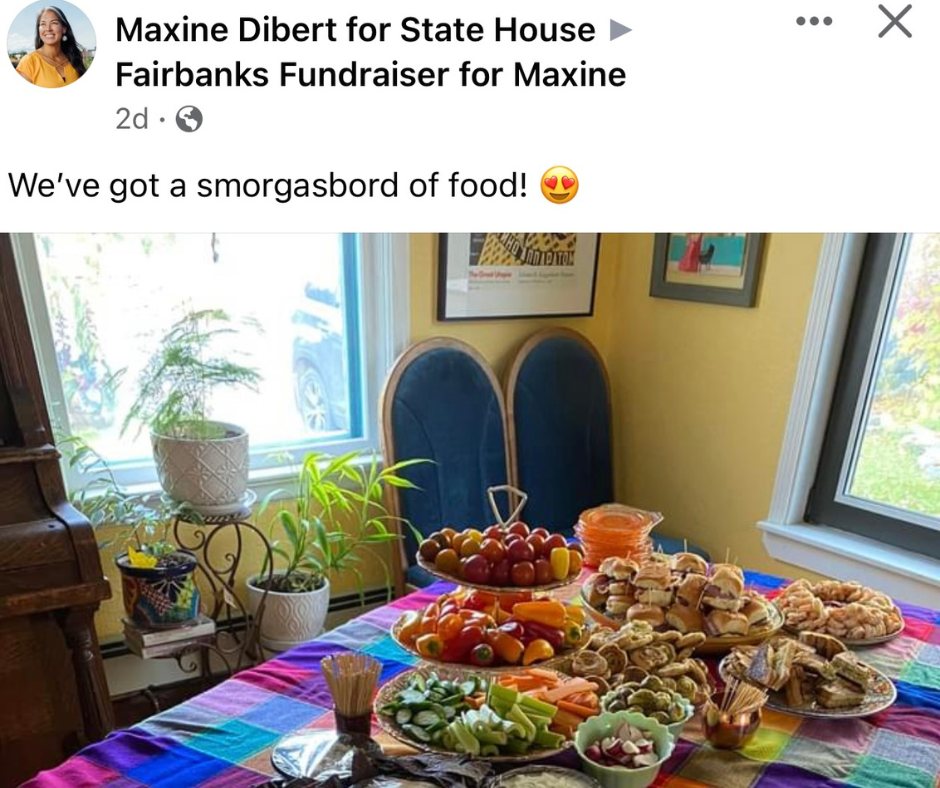 Representative Sara Hannan was all smiles at a fundraiser for State House candidates Ted Eischeid and Ashley Carrick! 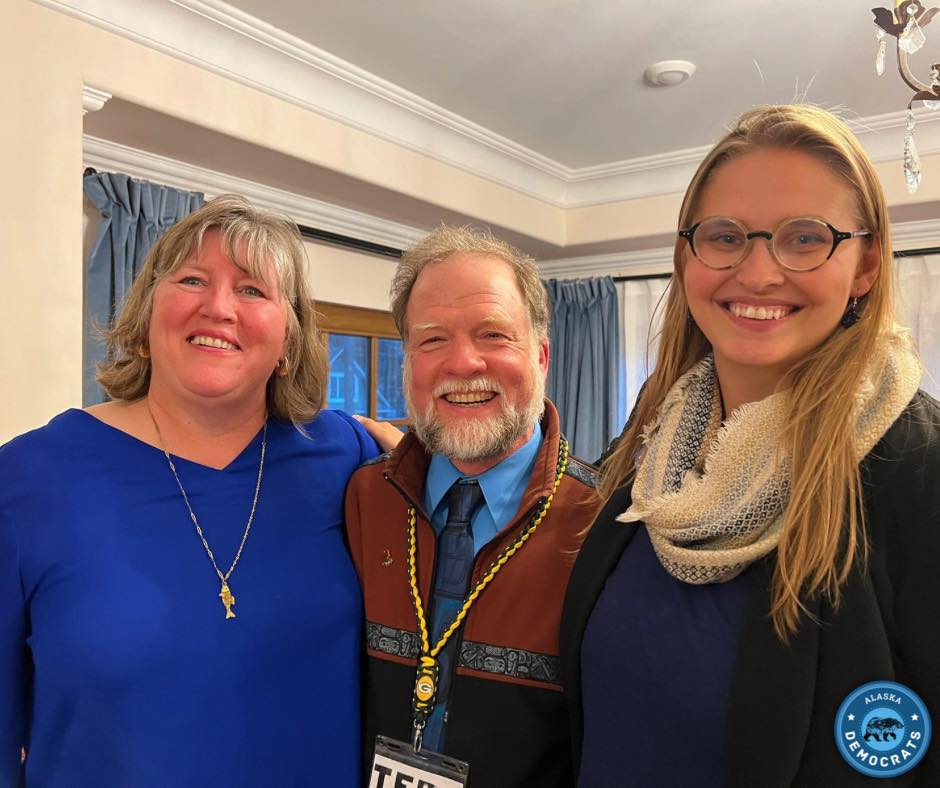 Democrats proud to be Democrats – loving it! 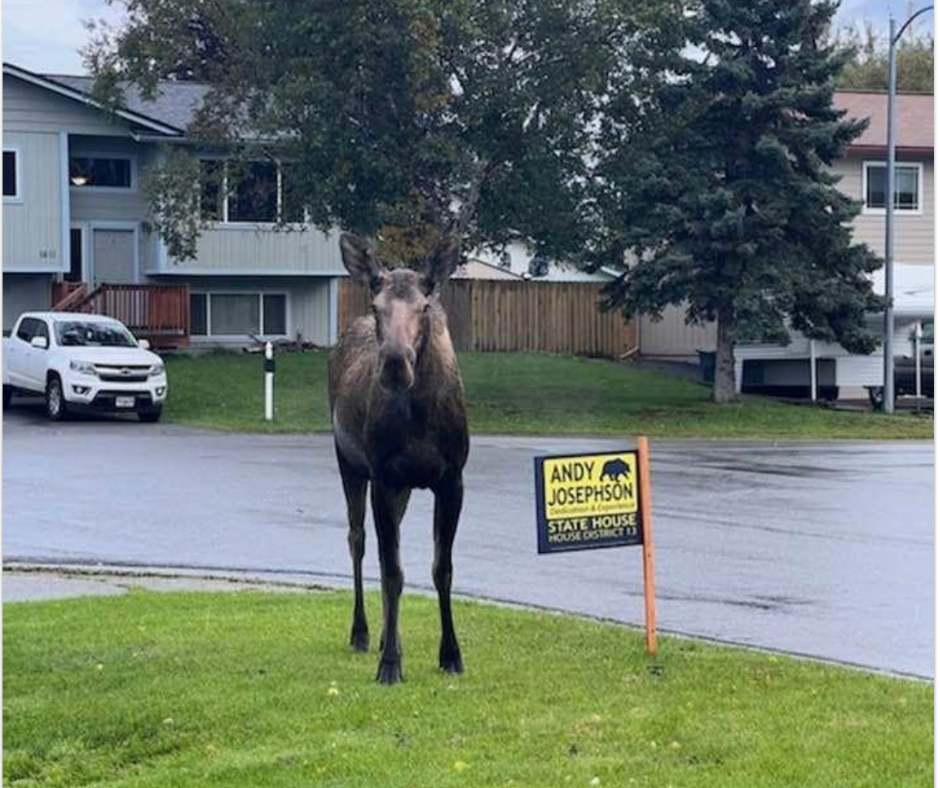 Maybe you should plan on attending his Disco Night Fundraiser on Saturday…you know, so as not to anger the wildlife. Details here. 🪩

Sorry, Mia! We like to follow the accounts of politicians who don’t shield themselves from the public and their constituencies. What’s she hiding? So weird. 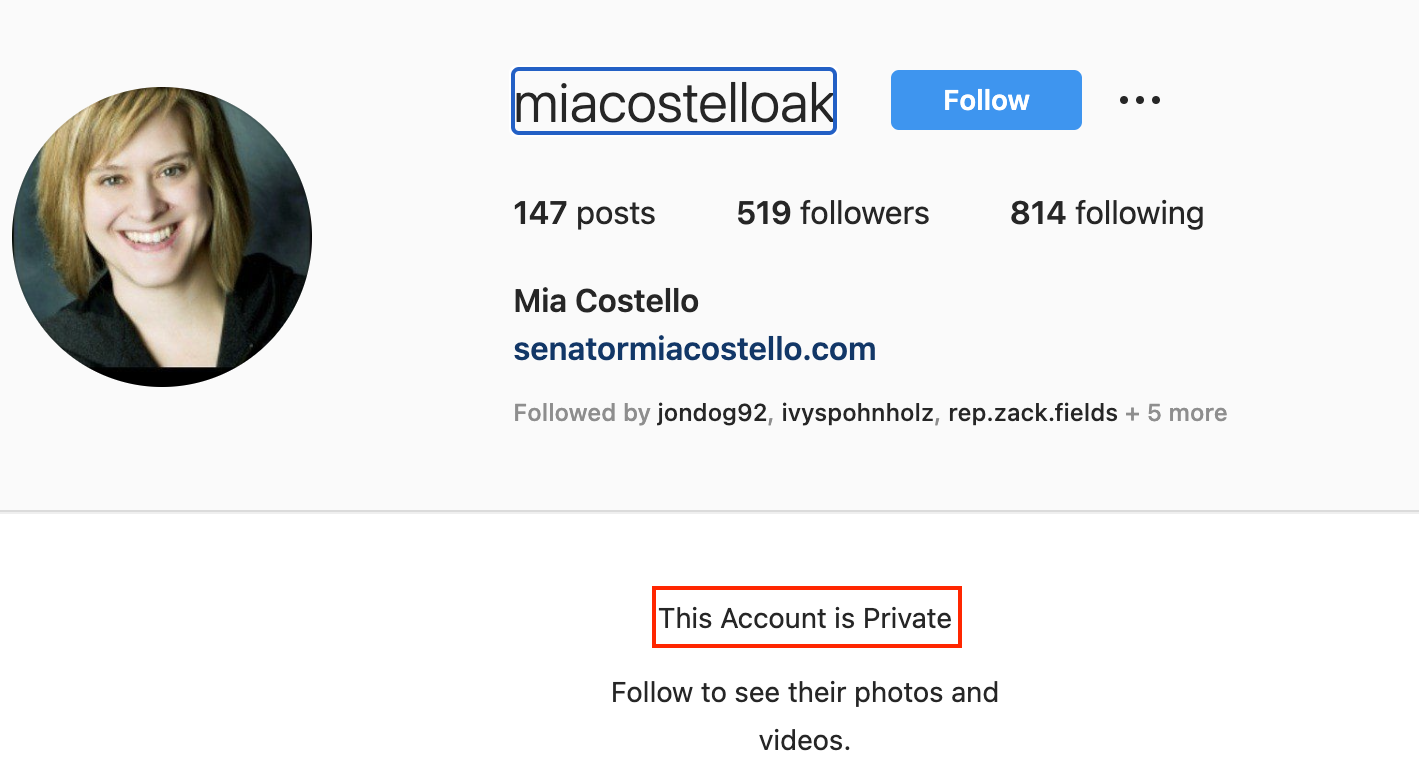 National Voter Registration Day was this week. Now is a good time to check your voter registration, make sure everything is up to date, or if you’re not registered to vote – get that done so you can vote to re-elect Congresswoman Mary Peltola in November! 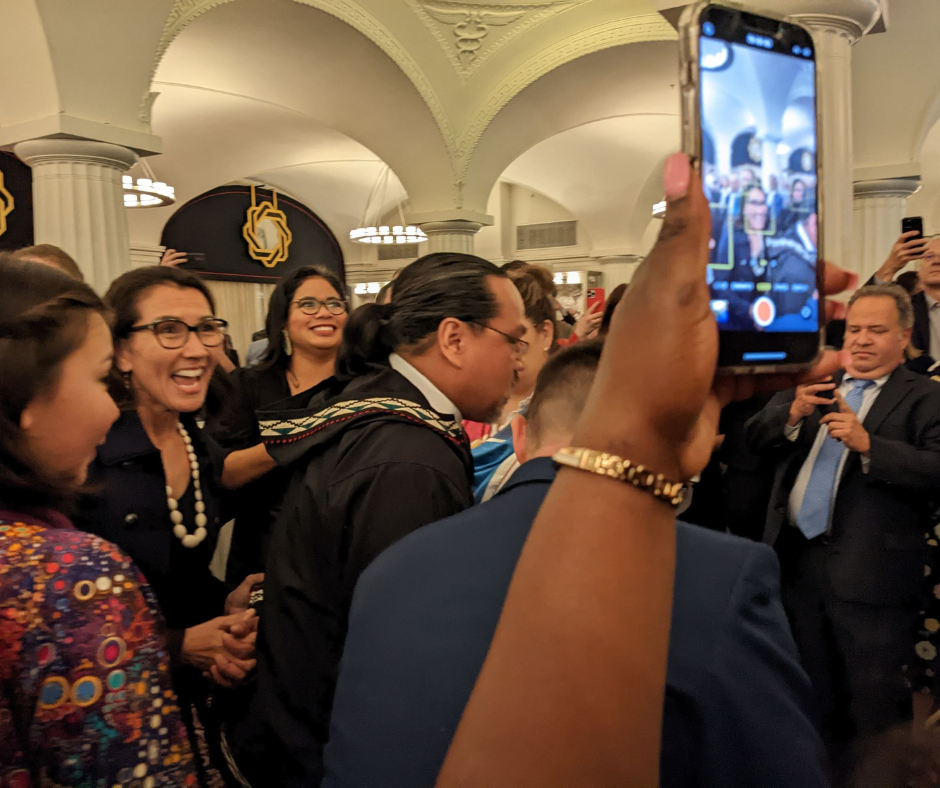 We need to turn out the vote and support Congresswoman Peltola because Halloween came early for Sarah Palin who managed to lock down the coveted Qanon endorsement which…meant…a lot to her. Yep, still an embarrassment! Scary.

Join Interior Democrats on Wednesday, Sept 28 at 6:30 PM for their Rally Round the Candidates event. Get out and support these great Municipal candidates and enjoy a little chili while you’re at it. 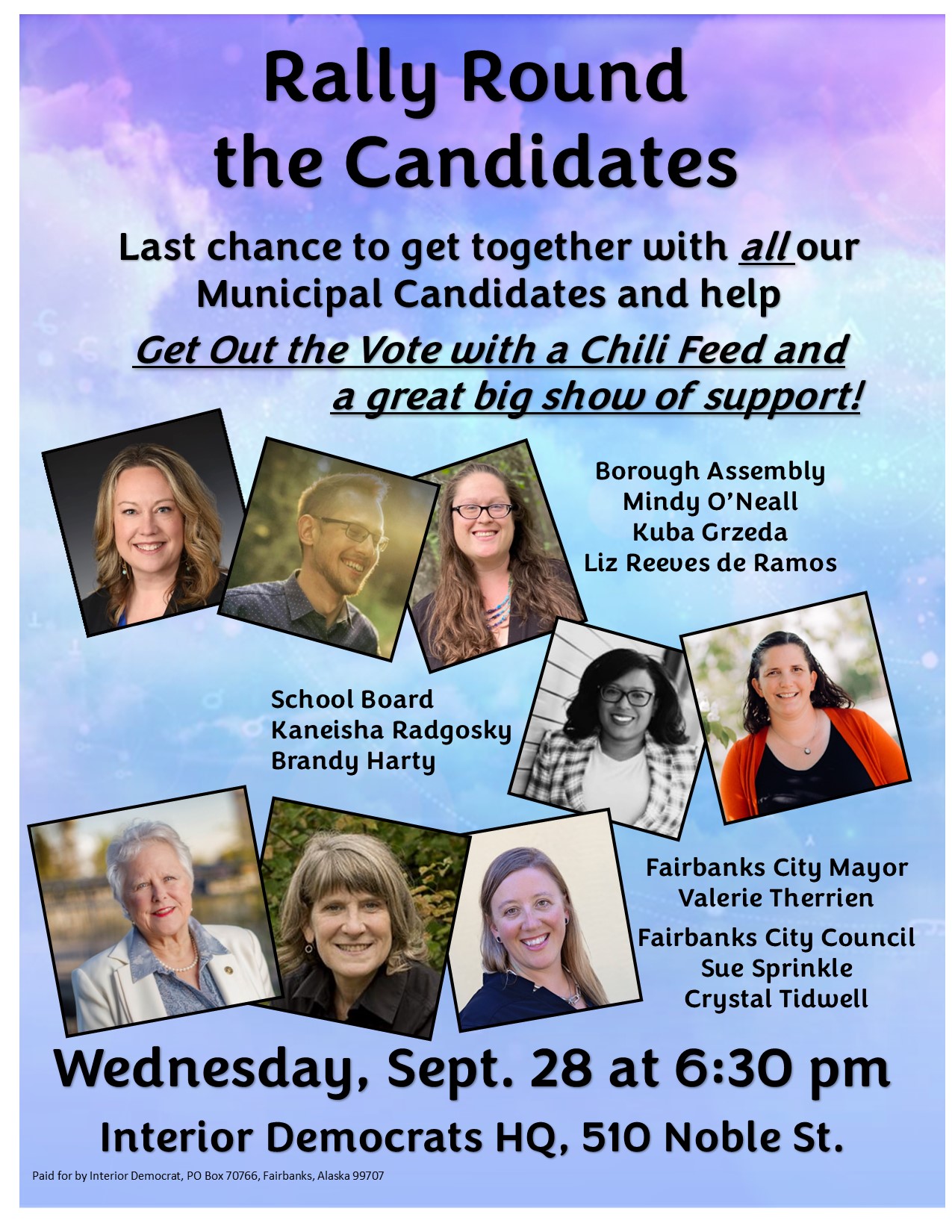 That’s it for now! Remember, to help us do what we do at a time when it’s evident that it needs to be done, click HERE to support ADP once, or become a monthly donor!